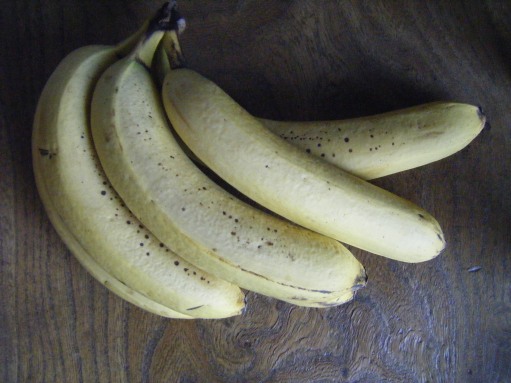 These bananas have been flown from Costa Rica.  What effect does the transportation of food around the world have on the climate?

Last time I wrote about some of the unusually early signs of spring that we have been experiencing in Northern Europe this year.  Scientists increasingly agree that warmer winters are a sign of climate change.  Although it is important to keep children informed one has to be careful not to burden them with worries about things that are beyond their control.

CIEC and the charity Practical Action have teamed up to make a resource called ‘Climate Change and Children’s Voices‘ to help teachers of 9-11 year olds support children to understand some of the issues involved in climate change.  It focusses on things that children do have control over such as the foods they eat; comparing the environmental cost of eating locally grown as opposed to imported tomatoes for example.  However, it does not shy away from complications such as how people in countries that grow bananas would suffer if we were to stop buying their product.

Many of the activities in this resource could take place outdoors.  One, for example suggests that children make their own simple equipment for measuring and recording the weather.  Children could also be encouraged, as part of their work on this resource, to grow more fruit and vegetables in the school grounds to reduce food miles.  If you use this resource I would love to hear how you get on with it.