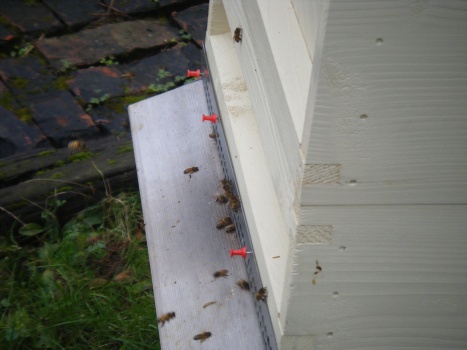 This photograph of my bees was taken on Sunday 24th January.  The bees should be forming a cluster deep in the hive; instead they are as busy as they were in the summer.  They are not alone; there reports up and down the country of wildlife from daffodils to slow worms, which is out of season, confused by the mild weather. 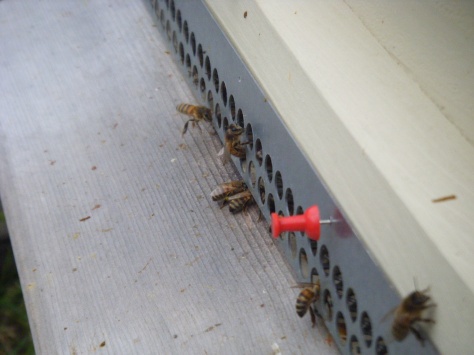 This muddies the water somewhat when looking for signs of spring with younger children!  However, whether signs of spring are very early or at the expected time, noticing them can be a wonderful opportunity to involve children in ‘Citizen Science’.  This is when data is collected from a large number of ‘ordinairy’ people and used by scientists.  A good example of citizen science is the Big Garden Bird Watch (this weekend and until February 2nd in schools) which has been running for nearly forty years and has been used to track the changing fortunes of British birds.

The Woodland Trust also collects data from as many people as possible about the first signs of spring and autumn.  They ask that people look out for certain signs such as the first snowdrop flower or the first ladybird and record them on their ‘Nature’s Calendar‘.  They then use this information to track the progress of spring accross the country and to monitor long term climate changes.  If you live in the UK I think that this would be a lovely thing to do with your class and perhaps involve families too